Home Industry Info What Should I Do if the Tap Breaks When Processing Internal Threads? In the process of parts processing, the most commonly used method for the internal thread processing structure of small holes is to use taps. However, the tap is often broken due to improper operation, too small hole bottom or too deep hole during use. How to remove the broken tap part that is still in the tap hole when the tap is broken during processing ?

Method 1: You can use a small punch to slowly punch out, or break the tap into pieces, make a special tool with three claws, extend it into the chip trough, and spin it out. The big tap can be piled up by electric welding, or use a flame tap. After burning and annealing, remove it with an electric drill, and perform ablation with an electric spark. Use an 8 tap to screw on two nuts, and then use three steel wires to pass into the chip groove, align the chip groove of the tap in the hole, and see See if it can be screwed. If the workpiece is not big, put it in the fire and then screw it.

Method 2: The material is high-speed tool steel. If the wire extractor cannot be taken out, it can be heated to 1200-1300 degrees with oxygen, then water-cooled to crack it, and then use the corresponding object to knock off the broken cone.

Under normal conditions, the broken taper during tapping of cast iron parts can be easily removed with a wire extractor. This is because the brittle material is less deformed during the tapping process and is directly cut to form screw holes, while steel parts are in the tapping process. Due to its good plasticity, part of the material is plastically deformed to increase the thread height. At the same time, it also increases the friction between the tap and the thread profile surface of the screw hole, making the tap difficult to remove. However, the steel is still in the austenite solid phase at about 1200 degrees, and heating for a short time will not cause grain growth and affect the mechanical properties of the material.

Method 3: According to the different processing holes, if it is a blind hole, it is easier to handle the broken tap if there is a little more on the outside of the broken tap, directly clamp the broken tap with pliers, and then manually screw it out according to the action of lifting the knife; if all are broken in If you do, it’s more difficult to do, you can only make sparks, the cost is too high, you can be a copper master yourself, and you will need at least 12 yuan per one.

Method 4: If it is a through hole, the ordinary wire tap is broken. Use the wire cut to cut the wire tap in the cross direction. Generally, it can be down; if it is a spiral wire tap, the hole must be discharged first, and then Line cutting. 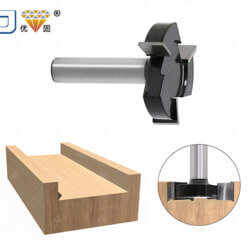 What Is the Difference Between Straight Knife and Clear Knife?

Do you know how to improve your cnc machining efficiency? Have you tried any of a fast feed milling tools? Are you still using CMT woodworking router bits in 2022? What Kind of Milling Cutter Is Used for Milling Keyway?